A Life Worth Living

“The Early Bird Gets the Worm… But is the Worm Worth Waking Up For?”

Does being an early riser versus being a night owl affect your overall health and wealth? I have my theories on this, but maybe I’m biased. I have always been an early riser. When I started my first job out of college, I was always the first one at the office. No one told me that this might give me an advantage over my coworkers. I guess it was just somewhat intuitive and often wondered why I was the only one there… I guess most people don’t like getting up early.  Being an early riser helps to jumpstart your body, mind, and soul.

Each morning, I would get to my desk before anyone else and take the time to organize my to-do list for the day. Each day, I set goals for myself to accomplish and outlined the things I needed from others to achieve these aims. I would go my coworkers’ offices and put notes on their desks listing the things I needed from them for the day. When the rest of the world got to work, I was already warmed up and ready.

Many of us have heard that waking up early in the morning is a definite trait of successful people. I did some research to see if these theories were correct. In a survey done by Jim Citrin at Yahoo! Finance a few years ago; he discovered that many top CEOs are early risers. Some of the top early-rising CEOs he listed were General Motors CEO Dan Akerson, Virgin America CEO David Cush, Apple CEO Tim Cook, Disney CEO Robert Iger, and New Jersey Nets CEO Brett Yormark, just to name a few. In further researching the traits that these successful “early risers” had, I discovered some remarkable facts about why many early-risers have so much success …

A 2008 Texas University study found that college students who identified themselves as morning people earned a full point higher on their GPA than those who identified as night owls.

Harvard biologist Christoph Randler discovered in 2008 that early risers are more proactive. They tend to make more long-term goals for themselves and feel in charge of making things happen. (That’s probably from the ability to plan better before everyone else arrives at the office.)

RANDLER’S RESEARCH ALSO REVEALED THAT MORNING PEOPLE ARE MORE LIKELY TO ANTICIPATE PROBLEMS AND MINIMIZE THEM EFFICIENTLY, WHICH LEADS TO MORE SUCCESS.

Most early risers workout in the mornings. Exercise physiologists report that jumpstarting your morning with physical exertion allows your metabolism to burn more calories throughout the day. Exercising earlier in the day leaves your body, mind, and soul feeling rejuvenated all day long. People who exercise in the morning also apply more consistently than others. Why, because they’ve already finished their daily workout before inevitable interruptions create a change of plans.

Night owls are also more likely to eat later in the evening. A recent study of 119 obese volunteers, half of whom were morning types and the others evening types, reported that the “night people” consumed an average of 677 calories after 8 PM, while the morning people consumed 299 calories after 8 pm. Wow. Since one pound of fat is approximately 3500 calories, this means that those night owls are gaining more than 1 pound each week! Yikes!

ONE STUDY REVEALED THAT EVEN SHORT TERM SLEEP DEPRIVATION (SUCH AS SEVEN DAYS OF FOUR HOURS OF SLEEP PER NIGHT) RESULTED IN A 35-40% INCREASE IN CARBOHYDRATE CONSUMPTION, MAINLY SUGAR.

The sleep cycle has some distinct phases, including about four REM stages, which are considered the best quality of sleep. When you go to bed late then wake up early the next day, you’re unable to go through all the phases of sleep, which may affect memory and performance.

Several studies revealed that people who are early to rise also carry less excess weight. Proving not to be merely a cosmetic benefit. A leading cause of cancer, diabetes, heart disease and stroke is the obesity epidemic.

The benefits of waking up early in the morning are clear

Early risers often have more success in their careers, life satisfaction, health, and relationships. So what do you do if you are NOT a morning person? Isn’t it somewhat genetic to be either an early bird or night owl? I believe that genetics do play a part. I also believe that diligently adjusting your sleep habits as much as possible is a critical part of intentional living.

Benefits of working from home

One suggestion for night owls struggling to make this change would be to find a job where you aren’t on someone else’s time clock. I’m a big proponent of at-home careers where you get to set the rules and make your schedule. With an at-home career, a regular night owl can get “ahead of the game” because they can finish all their planning in the early morning hours while others are still asleep. From the years I spent growing up with my night owl sister, and seeing her struggle to wake up early, I understand how difficult it can be to adjust to early mornings if it’s just not in your genetic makeup.

However, it’s important to distinguish between which behaviors are genetic propensities and which are just your decisions to be lazy. Take action and make a deliberate change in your life that’s good for the body, mind, and soul.

And oh, just for the record, research does suggest that night owls do tend to have more fun. They are often adventure seeking, risk-taking, and outgoing people who find joy in spontaneity. Whichever sleep patterns suit your genetic makeup, just be sure to adjust accordingly. Making time for planning and organization are absolute MUSTS for success.

WANT MORE INFORMATION OR A FREE CONSULT WITH ME, CLICK HERE! 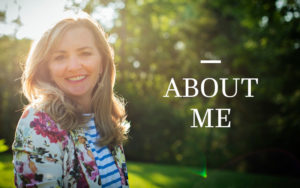 I’M Renée Teller, AND I’M A LIFE STRATEGIST. I work with motivated, ambitious women to realize their life purpose and create an executable plan to reach it. You have this ONE life – and I’m here to help you make it spectacular!